TIDDOX® has a range of lint-free wipes and lint free cloths. These speciality cloths are designed for tasks where it’s important that no lint remains after wiping. For example, wiping delicate or sensitive surfaces. And, where you wish to avoid any lint contamination or lint-residue after wiping. Such as critical cleaning tasks.

What are lint-free wipes?

Lint-free wipes are wipes that do not leave fibre residue or “fluff” on surfaces after use. They are low in particles and ions and constructed in such a way that minimises fibre release when wiping.

When should you use lint-free wipes?

Lint-free wipes are recommended in any lint-sensitive cleaning application, or task where you wish to avoid any lint contamination, or lint residues left behind after wiping. 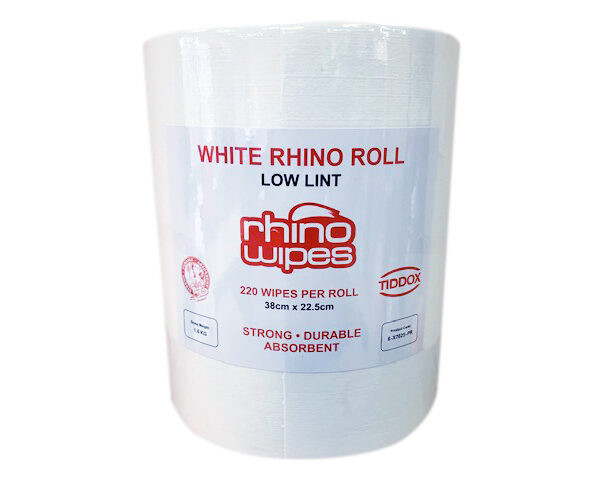 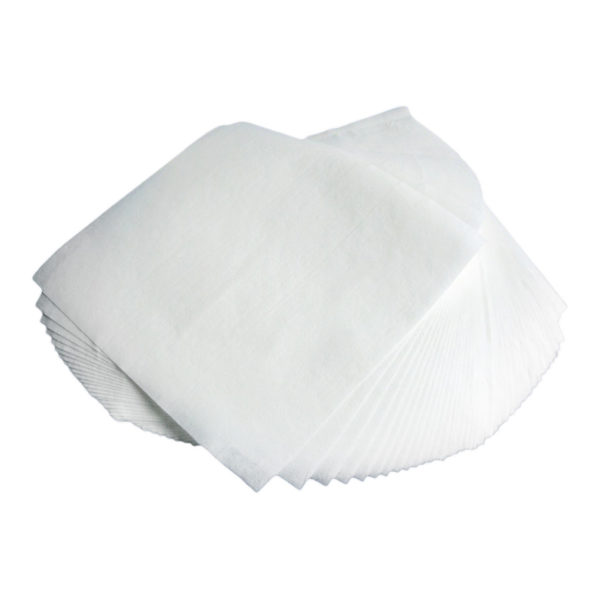 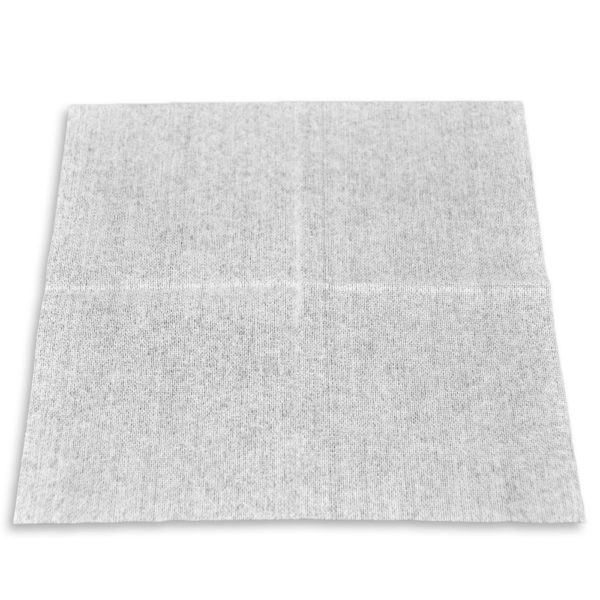 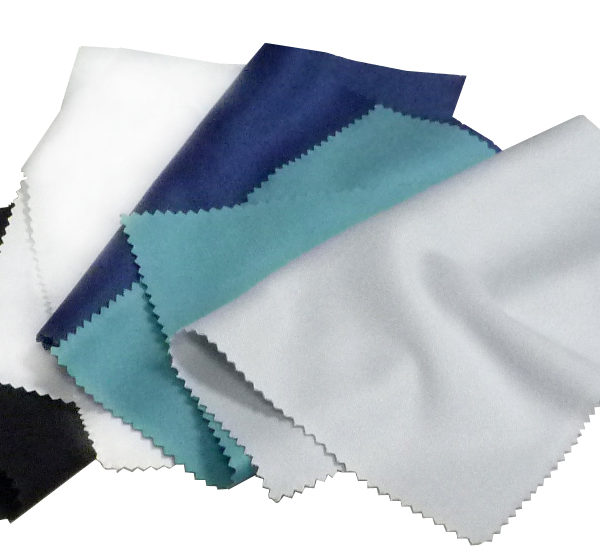 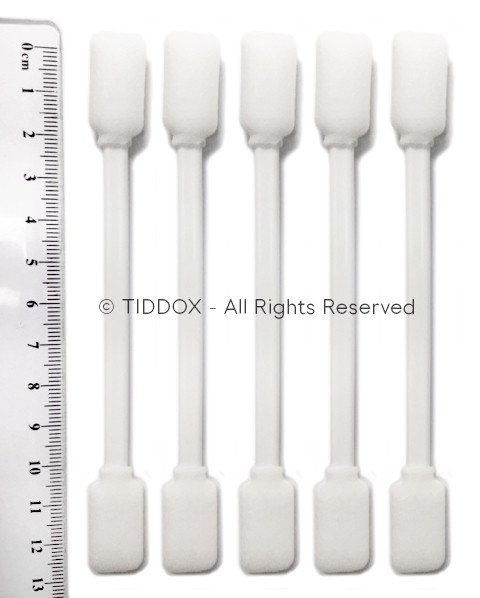 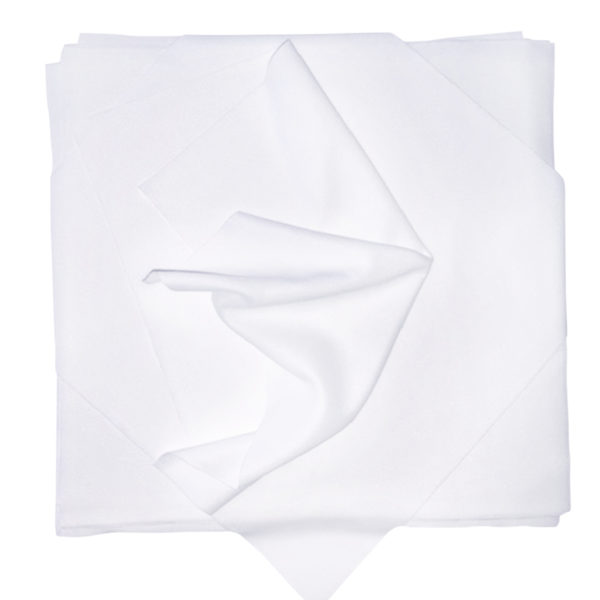 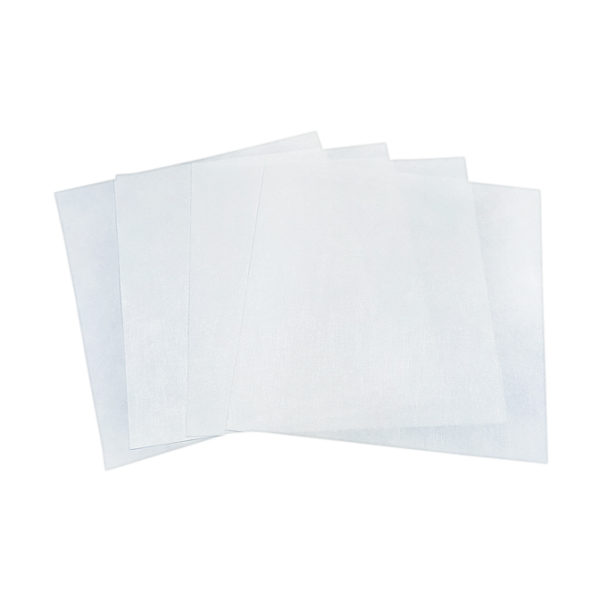 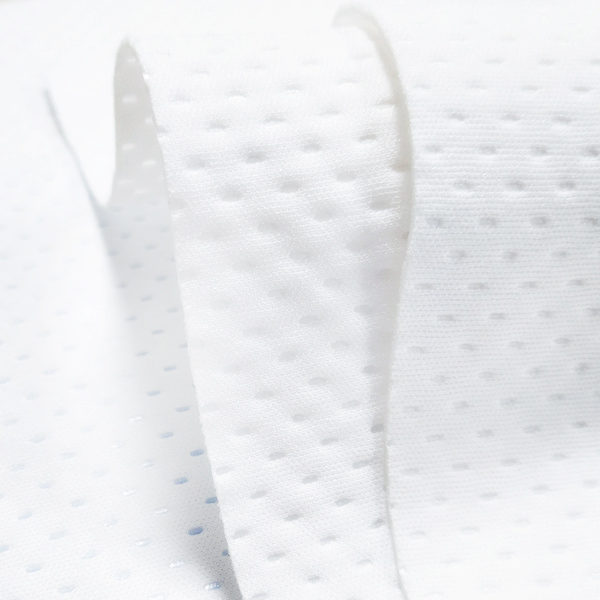 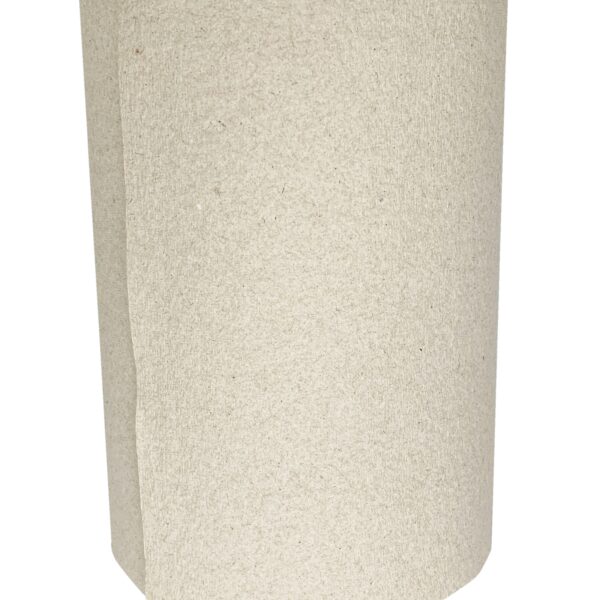 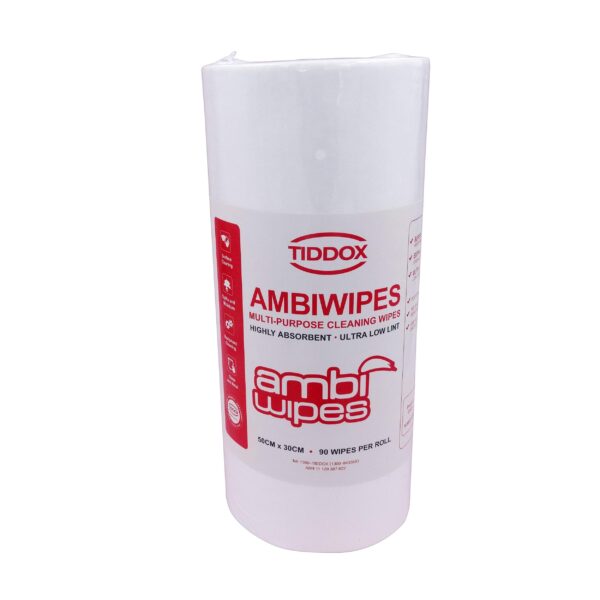 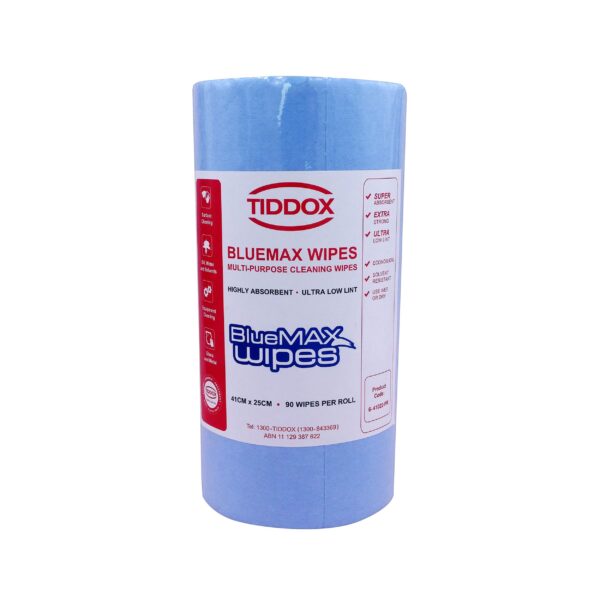 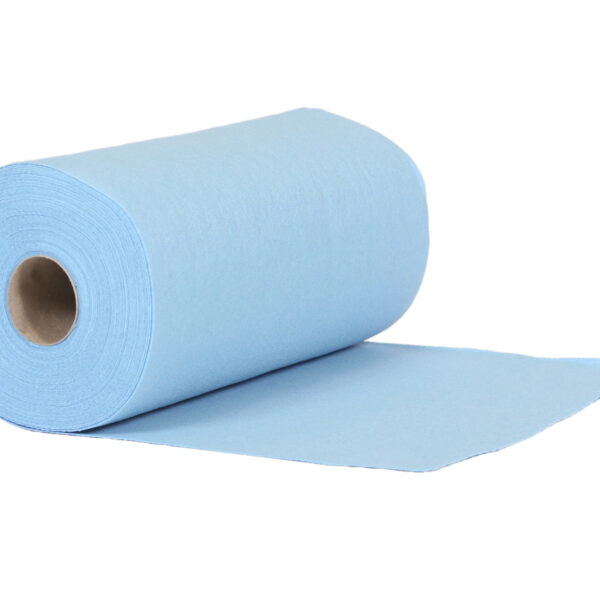 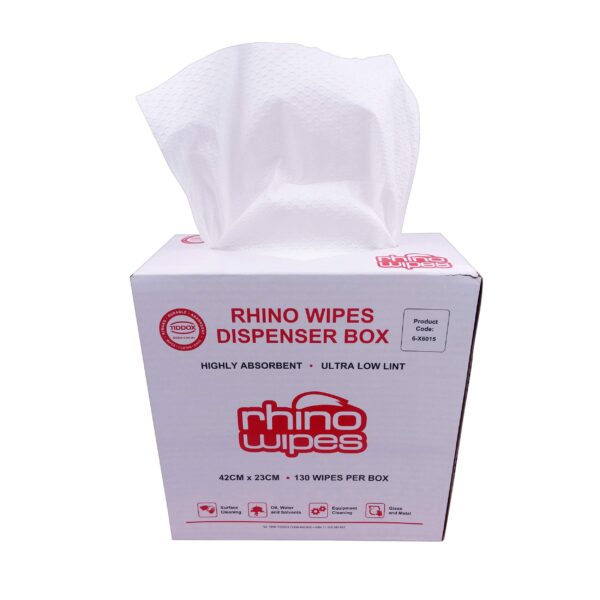 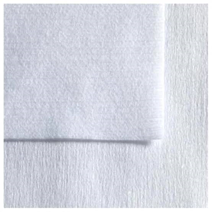 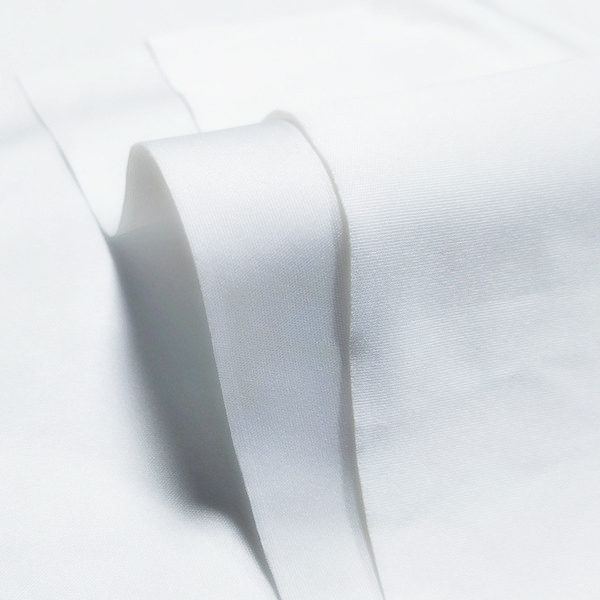 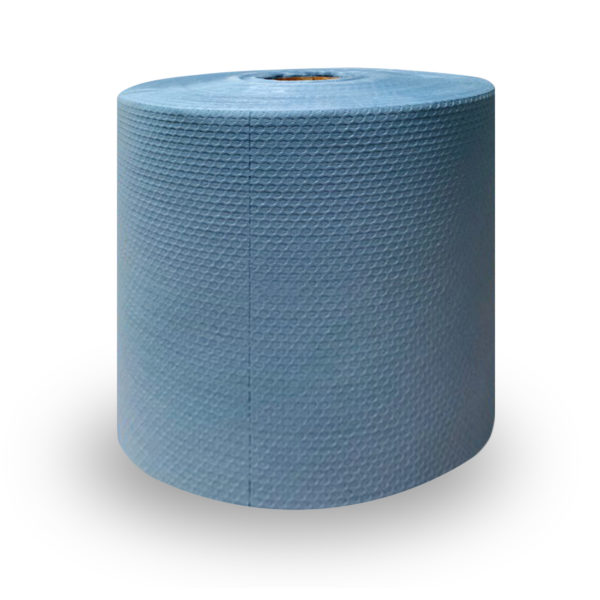 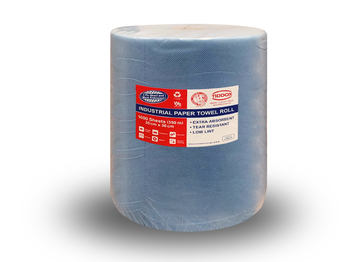 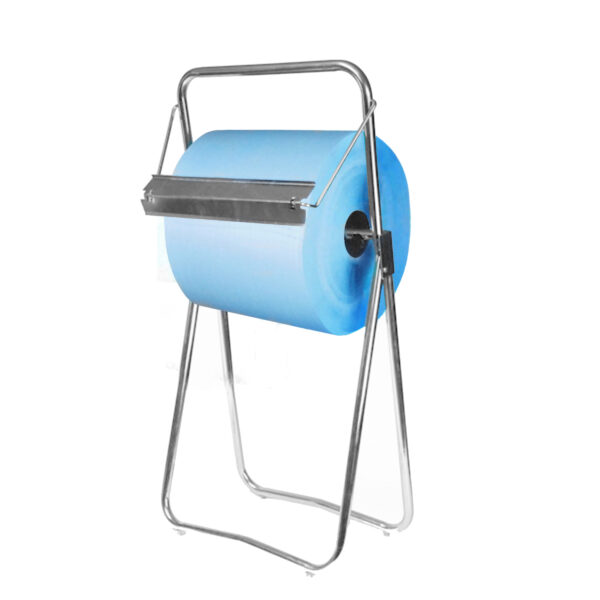 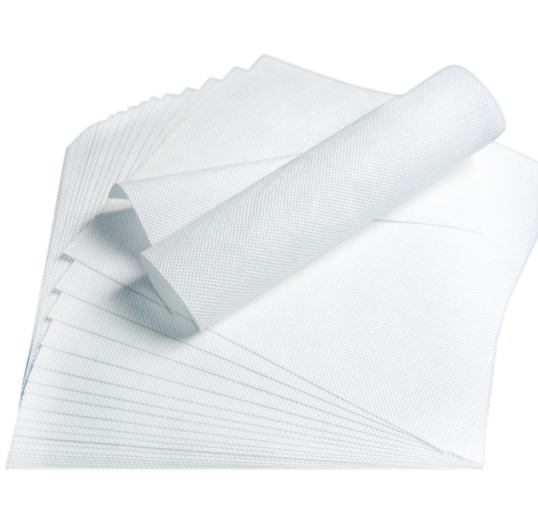 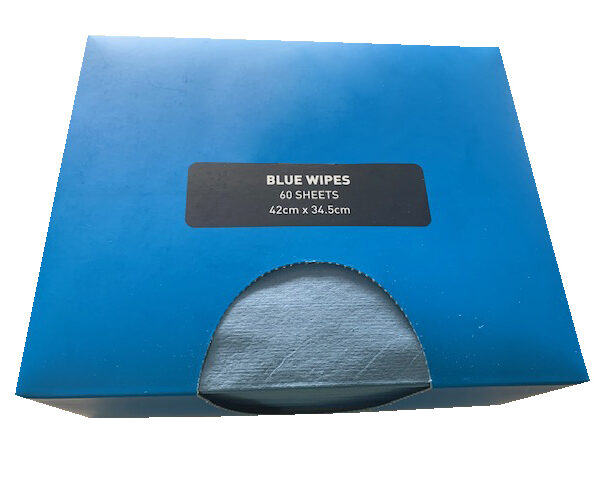 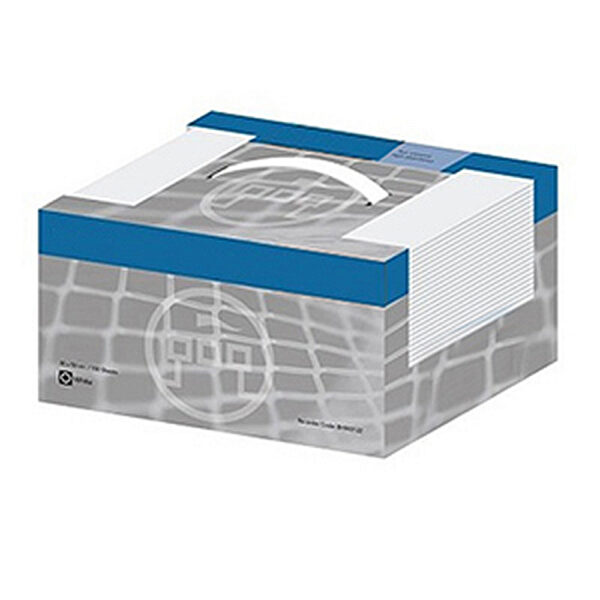 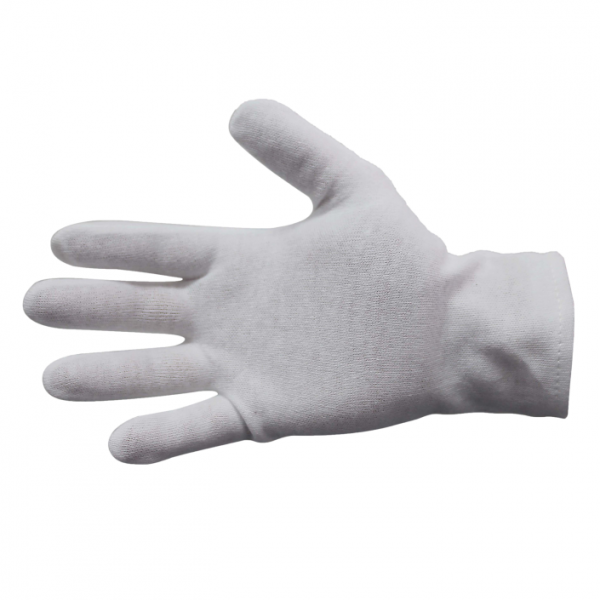 Typically lint-free wipes are more expensive than regular wipes, particularly if they use hydroentanglement technology.

Which are the best lint-free wipes?

The best lint-free wipes are those that do not release fibres or lint onto the surface when wiping. Look for wipes with low ions, low particles, tight construction and sealed edges.

What are the advantages of using lint-free wipes?

By using non-linting wipes, no lint residue gets left on surfaces after wiping. Hence, the surface does not become contaminated by loose fibres or threads from the wipes. Certain tasks are more lint-sensitive than others. For example, drying medical instruments, cleaning print heads or wiping down surfaces in cleanroom critical environments. Also, in food production, the last thing you want is loose bits of paper towel in the dry ingredient filler! So, the advantages of using lint-free wipes ensures that no contamination occurs as a result of the wipes used.

TIDDOX specialises in making lint-free cloths and non-linting wipes for businesses. As a result of this focus, our non-linting products are used in hospitals and dental facilities for drying medical instruments. Also, food manufacturing businesses use our lint-free wipes to dry food production equipment. Our sterile lint-free wipes get used by medical equipment manufacturers and pharmaceutical businesses. Other users included dairies, laboratories, cleanrooms, data storage facilities and microelectronic assembly plants. Even automotive and industrial businesses use our lint-free wipes to minimise lint in critical surfaces cleaning tasks.

WHAT ARE THE DIFFERENT TYPES OF LINT-FREE CLOTHS?

For soft, lint-free cloths, we suggest the LintNIL GLASS WIPES. Because of their non-linting features, they’re ideal for cleaning glass surfaces. Not only are they lint-free, but they won’t scratch or damage surfaces. Hence, glaziers and glass manufacturers used them. In fact, these high tech wipes leave a streak-free finish after wiping. Ideal for cleaning windows, monitors and lenses. By making them with low levels of ions, there’s less loose fibres. As a result, this ensures no lint residue when wiping surfaces.
Besides glass surfaces, they’re also great for drying instruments. And their softness makes suits delicate and sensitive cleaning tasks.
Also, LINTNIL WIPES are solvent resistant. Hence they work well with chemicals.  In fact, sign makers use them to ensure surfaces are lint-free prior to applying vinyl.

POLYSOFT LINT-FREE WIPES consist of continuous fibres. This makes them unlikely to shed loose fibers when wiping down surfaces. Specifically, the double-knitted interlocked fabric holds the fibres together. In addition, the wipes have laser sealed edges which further prevents loose fibres. As a result, these wipes don’t generate any loose particles. In fact, excess ions and particles are removed during the manufacturing process. Also, to further reduce risk of lint, the wipes are packed in two bags. Besides being lint-free cloths, they are also soft, non-abrasive, strong and tear resistant.
Because they don’t lint, lint-free CLEANROOM WIPES have many purposes. For instance, wiping lint critical surfaces in cleanrooms. Also, used for other lint sensitive cleaning tasks. For example, cleaning lenses, glass surfaces and stainless steel. Also used to clean computer discs, monitors, and touchscreens. In addition, food manufacturers use them to scrub hoppers. And they’re used regularly in the pharma and electronics industries. As well used for drying surgical instruments.

Another industry that tries to avoid lint where possible is the printing industry. For example, the last thing you want is lint left on a print head after wiping it down! So, for these and similar print applications POLYSOFT LINT-FREE WIPES are used. For instance, cleaning ink build up on print heads and nozzles. Also, they’re used to clean inkjet heads, and scanner drums. In fact, any digital printing equipment or optical media printer. As a result, they’re recommended by makers of large format printers and flat bed UV printers. These lint free printer wipes are also suitable to digital graphic art tasks.

OMNIWIPES soak up moisture and liquids really well. And they are ultra low linting. Together, these features make them ideal for drying medical instruments. As such, hospitals use them to dry endoscopes. And, dental practices use them for drying dental instruments. Similarly, they double up as swabs for wiping down surfaces between patients. Also, their softness makes them popular with hospital patients and aged care residents. In fact, they’re use a lot for incontinence during personal care.
Another lint free cloth favoured by dental practices, is the MICROMAX cloths. They use them to dry instruments that have been through the ultrasonic cycle. Once dry, they pop them into sterilising bags.
Finally, its worth mentioning one more lint free healthcare wipes product. Last but not least is the WHITE RHINO ROLLS. They offer medical facilities a cost effective, lint-free white wiping solution. For example vets and dentists use them to dry instruments. Also they make great disposable cleaning swabs. Because they’re solvent resistant they withstand sterilising solutions. And, these medical lint free wipes don’t leave stains on surfaces either. Wall dispensers available.

Another option for lint-free cleaning, are the cotton cellulose wipes. Super soft and non-abrasive, they’re very absorbent. And lint-free too, so ideal for delicate cleaning tasks. Hence, cleanrooms and labs use them to dab spills. Also, medical facilities use them to clean delicate equipment and devices. In fact, these biodegradable lint-free wipes suit many tasks. For example, polishing acrylic surfaces without scratching them. And, cleaning disks and magnetic tapes. Similarly, beauty salons use them to remove makeup. Also, tattoo parlours love them! Aged care and hospitals also use these soft cotton cloths as gauze bandages. The applications are endless…

For industrial lint-free wipes, the “RHINO WIPES“. Specifically suited to surface preparation tasks. And other jobs where you don’t want any lint or “fluff”. These EXTRA THICK, LINT FREE WIPES come in 3 formats:-
The above lint-free wipes are used for all sorts of lint-sensitive tasks. Not only industrial cleaning, but medical cleaning too. Also, great for cleaning panels / glass before applying vinyl.
Where surface prep involves oil and grease, use the DEGREASING WIPES. Very absorbent, lint-free oil wipes. They work really well with chemicals and solvents.

TIDDOX’s INDUSTRO WIPES are large surface ultra low lint wipes. When you need lint-free drying wipes, these do the job. For instance, to clean and dry equipment. Because of their high cellulose content, they absorb very well. Ideal for drying lint sensitive machinery. And, compatible with solvents and chemicals. In addition, they suit polishing of windscreens and cleaning glass. Also used by painters and sign makers to prepare lint-sensitive surfaces. Available in sheets or in JUMBO ROLLS.
Alternatively, try the lint free SOLVENT RESISTANT CLOTHS. Made from the same material as the INDUSTRO WIPES, but smaller.

Unfortunately not as lint-free as some of our other products, but still popular. Our BLUE JUMBO PAPER TOWEL ROLL has 1000 3-ply thick, glued paper tissue towels. Very low linting and used mostly in workshops. Mechanics use them as hand towels and tool cleaning rags.
A smaller version is the RAG ON A ROLL. Sometimes referred to as ROAR (“R.O.A.R”) PAPER TOWEL. This low lint paper towel consists of 4-plys of paper tissue. And it has nylon webbing and glue to reduce residue linting. Very strong and durable industrial strength paper wipes.

The above is a brief summary of TIDDOX’s lint-free cloths. Please get in touch to discuss further your interest in lint-free wipes. You can reach us by calling 1300 84 33 69 or email us. Alternatively you can contact us through our Facebook page.
Copyright © Tiddox Pty Ltd. All Rights Reserved | Terms & Conditions | Refunds and Returns | Privacy Policy
Web Development By Lilo